Manizales is Colombia's hilliest city - barely a flat street in the place!

I've always doubted that the people here need to spend much money on gyms - simply walking to the local 'tienda' is more than enough to give the heart a little workout. 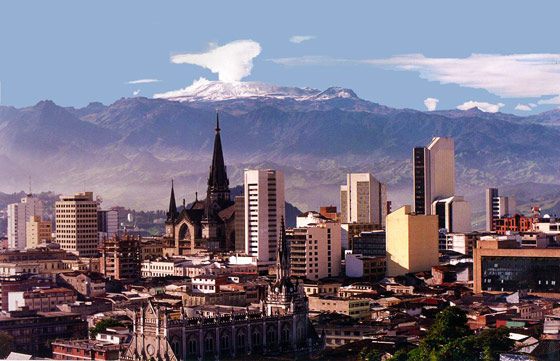 City skyline with Nevado del Ruiz in the distance

Perhaps the 20 Paisas who founded the city here back in 1849 just fancied a challenge. Or maybe they appreciated the amazing views that the city affords of the surrounding country from its lofty location.

One such view from Manizales is that of el Nevado del Ruiz, a huge snow-capped mountain to the south of the city.

Indeed the city's proximity to the mountain means it is the gateway for expeditions up onto its dramatic snowy peaks. (see link at bottom of this page)

Hotels
Guide to hotels in the city, from the cheapest hostels to the most luxurious boutique hotels.

Sport
Guide to football club Once Caldas. A detailed look at the club's history including a review of their successful 2004 Copa Libertadores campaign.

The city centre of Manizales is quite small and can be easily seen in a couple of hours.

If you're staying at one of the hotels or hostels in La Zona Rosa (the restaurant and bar district near the stadium) you can walk to the centre along Avenida Santander (Carrera 23) in about half an hour.

Walking also enables you to enjoy the impressive views off to the left over much of the city.

The first main attraction you'll see as you enter the centre of the city is Parque Caldas.

A couple of blocks further on from Parque Caldas is Plaza de Bolivar where the imposing 113m high Catedral Basilica de Manizales sits. 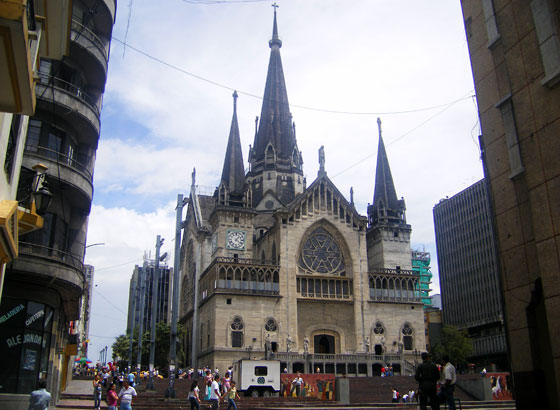 An interesting tour of the cathedral is available which includes going up to the top of the tower with good views over the centre of the city. The tour is offered thursday to sunday (and public holidays) and costs $5000 pesos.

North-west of the city centre and up the hill is the neighbourhood of Chipre. This is a great place for views over the city and indeed of a large part of the country.

It's claimed that on a clear day you can see 7 departments including the distant Chocó from Chipre!

Probably the best place from which to take in the views is the Observatory on Avenida 12 de Octubre (the main road which runs along the edge of hill) and is clearly visible from most parts of Chipre. 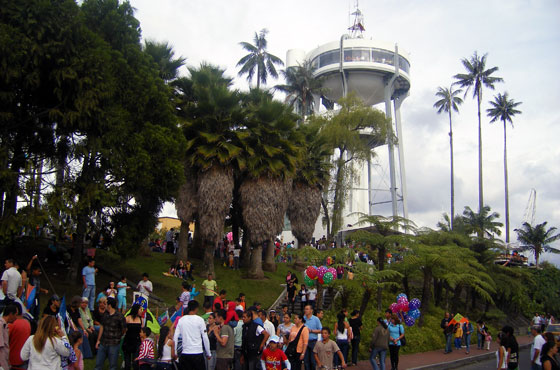 Chipre can be reached from the city centre in about half an hour by foot or in a few minutes by taxi. It can get quite busy at weekends and is visited in droves by families.

At Chipre's highest point is El Monumento a Los Colonizadores, a fantastic momument paying homage to those who colonised the region. 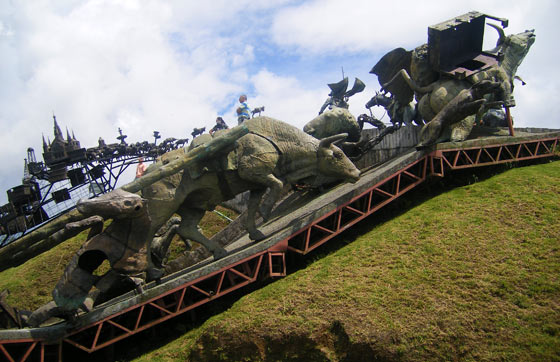 Monument to the Colonizers, Chipre

The area around the monument is popular with kite flyers. It makes for a delightful scene, particularly at weekends, when the skies are filled with colourful kites fluttering in the strong breezes. 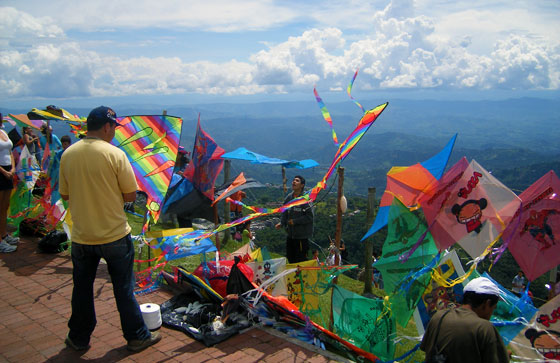 Flying kites from the mountainside at Chipre

On a clear morning the majestic Nevado del Ruiz can been seen climbing high over the surrounding mountains with its snow-capped peak glistening in the early dawn.

Despite the toursist appeal of such a mountain there is still surprisingly little by way of infrastructure to allow you to climb it solo.

Most tourists opt for a tour from one of the many companies in the city. Check out my guide to Nevado del Ruiz for more information. 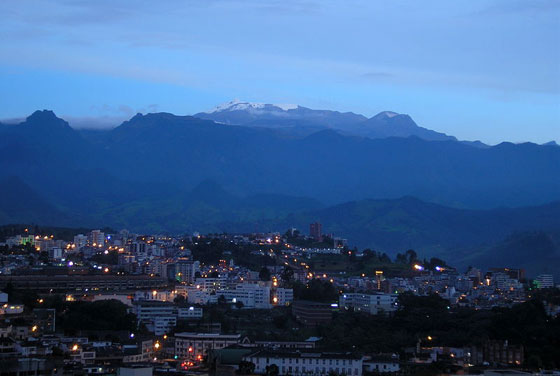 View of Nevado del Ruiz from Manizales at dawn

Return from Manizales to Homepage