The stunning colonial city of Popayan lies a couple of hours south of Cali.

It is know as The White City since a large part of the city is formed by white colonial buidlings.

The colonial district covers a fairly large area of the centre and forms the working heart of the city (as compared to other colonial cities such as Cartagena whose colonial sectors are now predominantly tourist attractions). 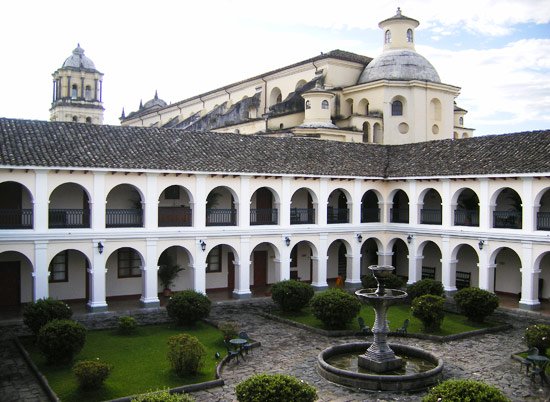 Despite its undeniable beauty and tourism potential, and its proximity to Cali, Popayan remains a quiet, relaxing city. During the day the streets can become a bit crowded with commuters on foot and in cars, but it could never be described as stressful.

Perched at an altitude of 1740m, the city's cool climate is more remiscent of that of the coffee region than of sweaty Cali just up the road. The sun can sometimes be quite strong during the day, but nights are cool.

For somewhere to stay there is nowhere better than Hotel Monasterio. The hotel is in a renovated convent and has been wonderfully preserved. As well as the spacious rooms containing exquisite colonial furniture the hotel also boasts a swimming pool, spa and gym. Highly recommended!

For something a little cheaper, but still very comfortable, I can recommend Hotel Camino Real, which features a lovely courtyard and a terrific restaurant! 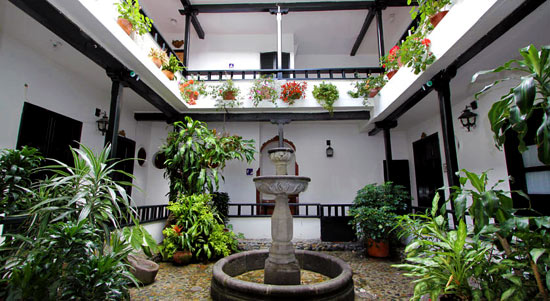 While it's possible to see Popayan in a day, I think it's worth spending a few days here to soak up the lovely calm atmosphere.

Without doubt the first thing to do upon arrival is to simply walk down to the impressive central park/square Plaza Caldas and from there stroll up any of the adjacent streets and weave your way through the beautiful whitewashed buildings.

Some of the buildings can be entered and almost all contain some kind of picturesque courtyard. 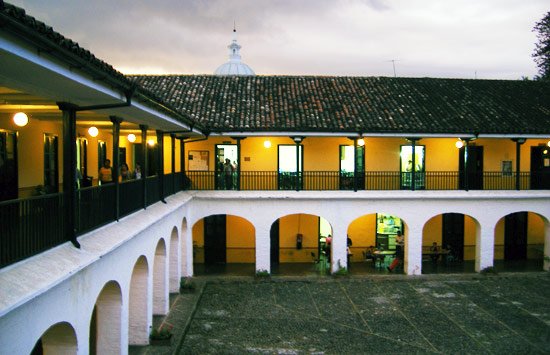 Parque Caldas ranks as one of my favourite squares in the whole country and it's a fantastic spot to relax in for a while and watch the world go by. The cathedral to the south of the square is worth peaking inside.

A couple of blocks north of Parque Caldas along carrera 6 you come to two bridges; the larger (and more modern of the two) is called Puente del Humilladero.

The smaller footbridge is one of the oldest bridges in Colombia and is called Puente Chiquito.

By crossing Puente Chiquito you will be following in the footsteps of the great liberator Simon Bolivar who is said to have traversed the bridge some two centuries ago.

This area is popular with artisans and typical colombian handicrafts (bracelets, necklaces etc) are sold in the area just before you reach Puente del Humilladero. 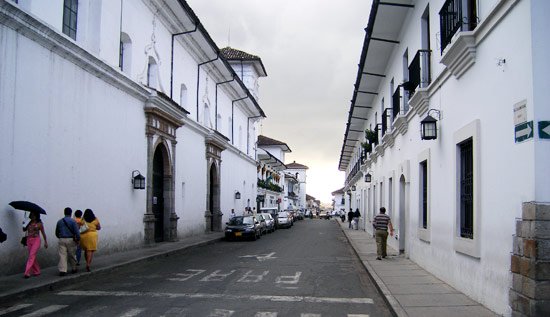 Popayan's largest church, La Iglesia de San Francisco, is situated two blocks west of Parque Caldas next to the Monasterio Hotel. It's a beautfiul church with a small plaza in front of it.

Iglesia La Ermita is the city's oldest church a few blocks east from the south east corner of Calle 5. From the slight elevation of the church is a nice view back along Calle 5 with the trees of Parque Caldas poking over the slated roofs. 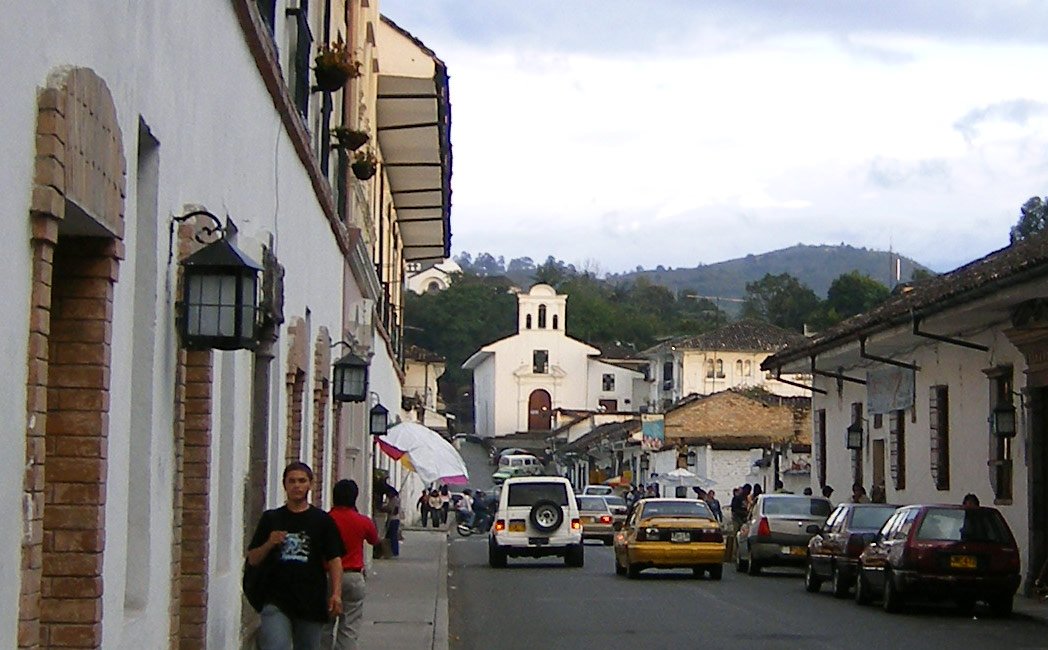 Iglesia Ermita in the distance

To the north east of Parque Caldas lies Morro de Belalcazar, a hill with a greatview overlooking Popayan. At certains times of the year trees covered in pink blossom can be seen peeking out from between the white buildings; a beautiful sight!

At the base of the hill is a small mock colonial town (similar to 'Pueblito Paisa' in Medellin). Within it are small shops selling snacks and artwork.

Further south on a different hill is Belen chapel. The view from here isn't quite as good as from Morro de Belalcazar, but it's still worth the effort if you have time.

Other Destinations in Popayan Area

The large city of Cali (the Salsa capital of Colombia!) is situated just a few hours to the north.

Pasto and the border town of Ipiales is around 8 hours south. Although there's not much to do there (except the amazing Santuario de Las Lajas church - see guide), it is the main traveller gateway to Ecuador.

Return from Popayan to Homepage