Parque Nacional del Chicamocha is located about an hour and a half north of Bucaramanga on the road to San Gil.

It is a park which combines Santanderean culture, fun activities, adventure sports, the country's biggest cable car route, and all amidst breathtaking views out over the canyon. 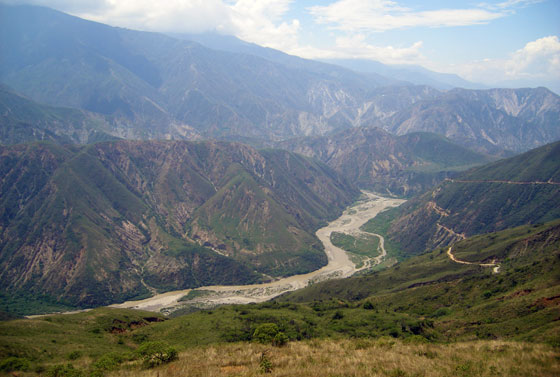 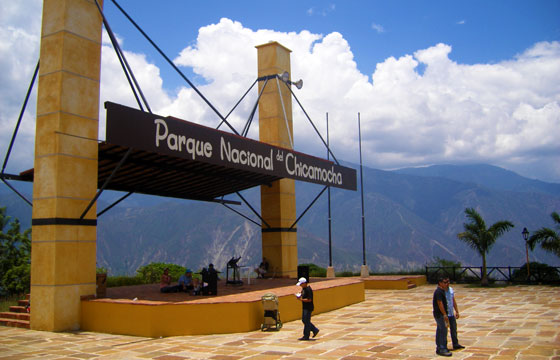 Entrance to the the Chicamocha Canyon National Park

From the entrance to the park you steadily climb the winding staircase arriving at various attractions along the way.

There are various shops and restaurants around which shows of Santanderean dances are often performed. 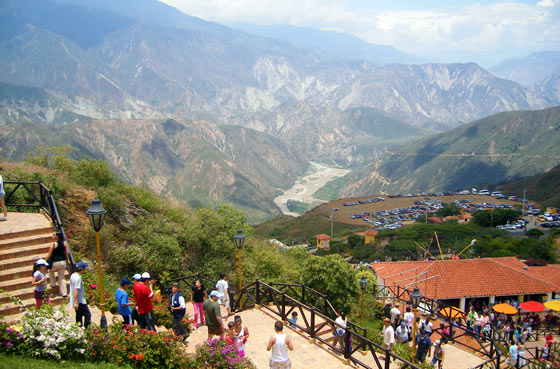 View from inside the park down into the canyon

For the vast majority the main highlight of the park will be the views across the canyon and down to the Rio Chicamocha.

Relief from the hot sun is provided in the form of various archways along the path which shoot out a cool spray of water as you pass under them. 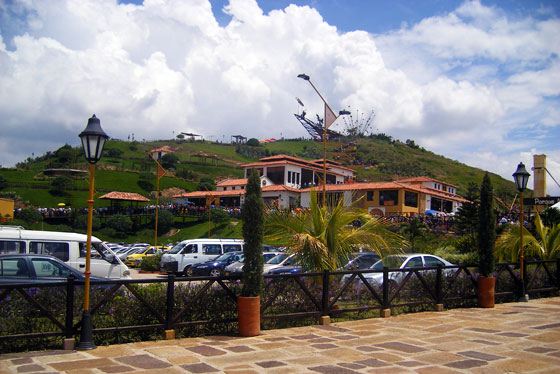 View of the park from the entrance

If and when you tire of the view (unlikely!), there are a some other decent attractions within the park with which to keep yourself occupied.

One of Chicamocha park's more exciting attractions is Cable-Vuelo, a zip line that slides you down from a platform towards the top of the park to a platform further down. There are three lines depending on how much speed and vertigo you want to experience! 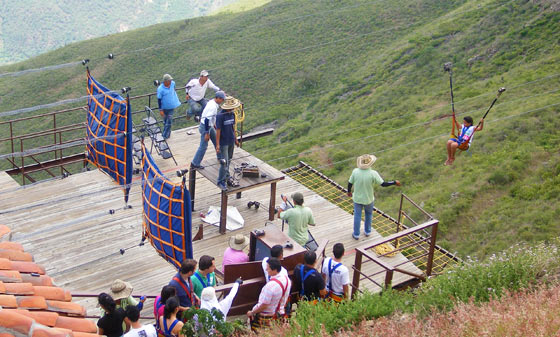 Parque Nacional del Chicamocha also boasts an ice skating rink set on a ridge about halfway up the hill on the left hand side.

The rink itself is pretty small and ordinary, and you'd barely give it a second glance if it were erected in a supermarket car park or somewhere, but the fact that it's over looking the dramatic canyon makes it quite a cool spot (no pun intended)! 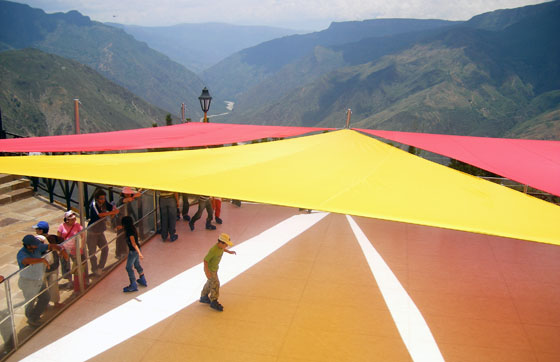 Ice skating - one of the park's more unusual attractions

There several other fun activities including a circuit for buggy racing and a giant slide.

From the etrance to the park a large curved structure resembling some sort of private ship peeks over the hill. On closer inspection, however, you realise that it's not some vomit-inducing theme park ride (which, with an ice skating rink close by probably wouldn't stand out as being all that odd), but rather an impressive monument to the fight for Santandarean independence.

On 16 March 1781, fed up with the ridiculously high taxes being imposed upon them, the people of Santander, led by Manuela Beltran, decided enough was enough and began a rebellion against the rulers of the colony which ultimately ended in independence.

El Monumento a La Santandereanidad (Monument to Santander), which features a symbolic explosion of rebellion at its centre, depicts the various key players during this fight, both the heroes and the villains. 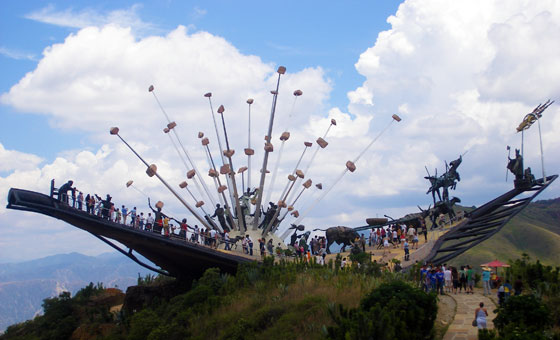 The impressive Monumento a La Santandereanidad

The whole monument is situated on a tobacco leaf (tobacco was, and remains, one of Santander's most important industries) pointing in the direction of the town of Socorro, where many of the important events took place.

The monument looks impressive viewed from above with the majestic canyon forming the backdrop.

Since early 2009 the park has had a new attraction. One of the world's longest cable car systems ('teleferico' in spanish) has been constructed from the park down across the river and up the other side of the canyon.

The 6.3km ride is phenomenal and well worth the long queues that often occur at weekends and during holiday periods. 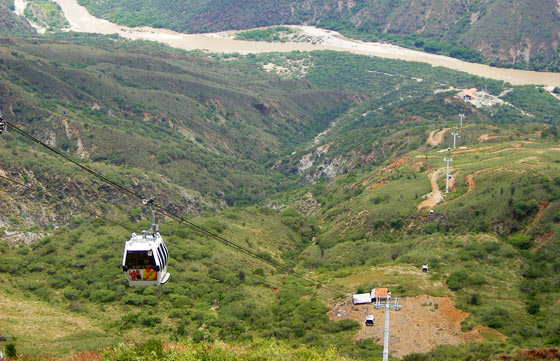 Just outside the park it is possible to organise paragliding, and at busy times helicopter rides over the canyon.

The park lies about halfway along the road between Bucaramanga and San Gil, so it's easy to catch a bus from either place.

To get back, or continue onwards, simply flag a bus down on the main street. Be warned that at holiday time buses are often full, although the office at the park entrance should be able to organise a bus if there are enough people. 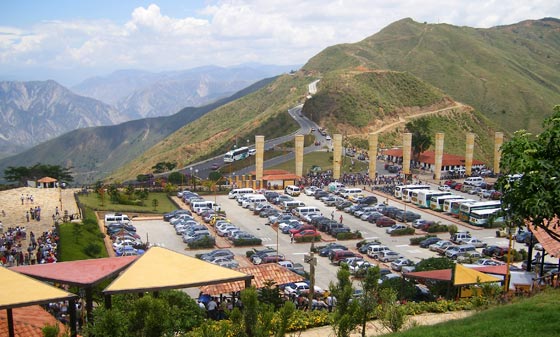 Return from Chicamocha to Homepage