Parque Tayrona is the jewel in the crown of Colombia's Caribbean coast. The 35km length of coastline stretches from just north of Taganga to the mouth of the Rio Piedras. The landscape of the park varies from dry, arid land in the west to wet, humid rainforest in the east. 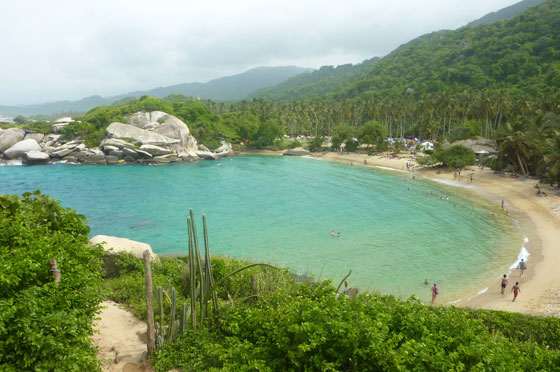 The park becomes more and more popular every year with tourists, particularly backpackers, looking to escape the cities for the golden sands and clear blue water of the Caribbean.

That said, Parque Tayrona is still a relatively peaceful destination. At peak Colombian holiday times (late December/early January, Easter and July) the park can become a little crowded, but only at its most popular two or three spots. Even at peak times those who venture a little further into the park will find near-deserted beaches.

The park lies some 20 miles from the city of Santa Marta. Buses leave from the corner of Calle 11 with Carrera 11 in a busy part of the city. The trip takes about 30 minutes and costs around 6000 pesos.

The foreigner entrance fee is a bit higher than for Colombians. The only way that a foreigner will be charged the Colombian rate is if they have Colombian residency. A mere work visa and/or assurance of "But I've been living here for ages!" isn't enough. 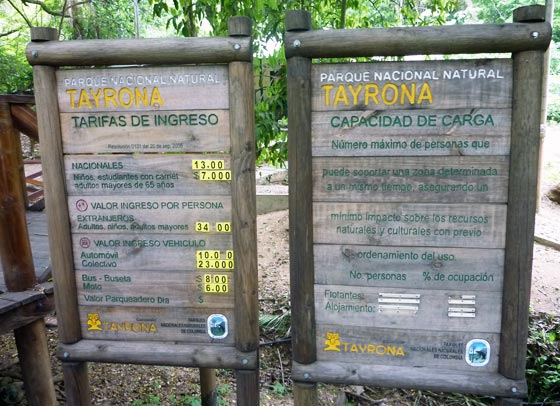 Payment is possible in cash or with credit/debit card. You will be issued with a ticket and a wristband, which you must keep until you leave the park, and also a simple map.

After leaving the payment hut you need to take one of the shared jeeps/minibuses (which cost a few thousand pesos) further into the park. 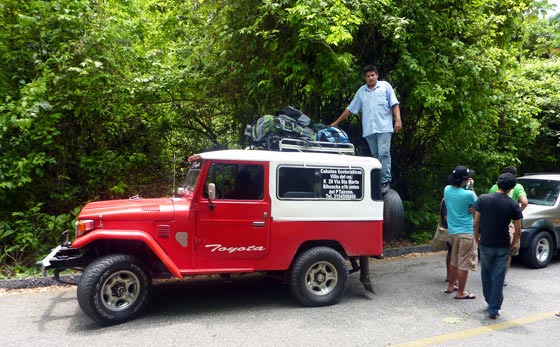 From the car park where the jeep drops you off a trail heads off into the jungle which leads to Arecifes, the nearest beach. The trail takes about 45 minutes to walk at a casual pace.

An alternative to walking is a horse ride. You rent the horse at one end and hang it over at the other. Don't expect the horse to get you there much faster though. In fact in many cases it can even be slower than walking!

Arecifes is one of the two most popular beaches in Parque Tayrona. As the trail through the jungle ends a large campsite opens up on the right which in high season becomes very crowded. 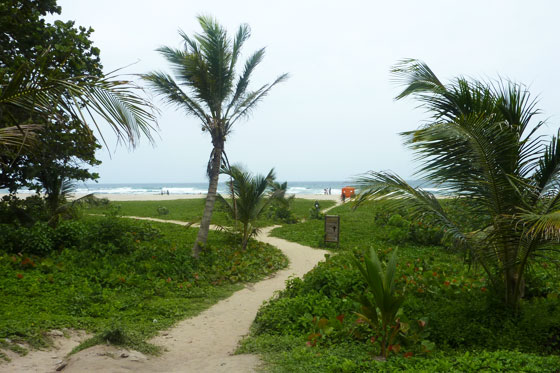 The beach is the gateway to Parque Tayrona and many decide to base themselves here. Arecifes has the advantage of some good facilities including a restaurant (good food, slow service).

The disadvantage of Arecifes, however, is that despite the nice views along the beach the sea is not safe to swim in due to currents and rip tides. In fact there is a sign at the entrance to the beach displaying a shockingly large number of people who have drowned swimming off Arecifes beach.

For this reason many decide to embark on a 40 minute walk west to the most popular beach in Parque Tayrona, La Piscina. 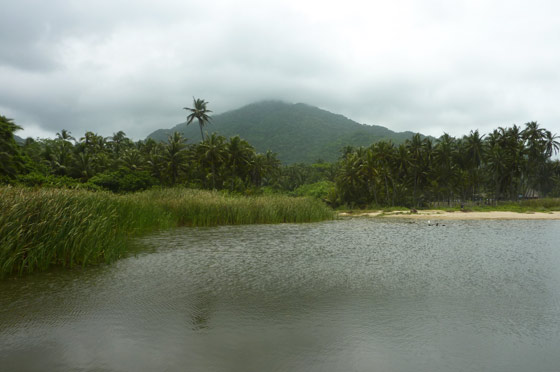 The picture postcard beach of Parque Tayrona is undoubtedly La Piscina (The Swimming Pool). In addition to the fine sands that exist throughout the whole park, La Piscina beach has the advantage of waters that are safe for swimming. 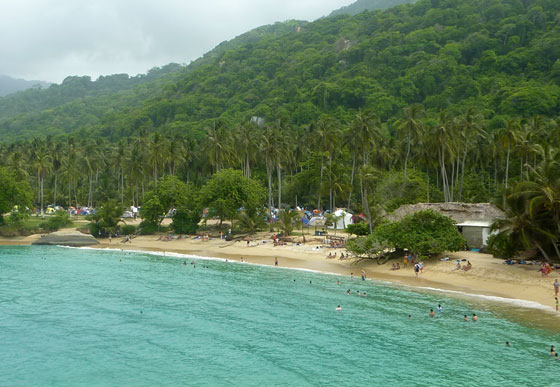 The beach at La Piscina is situated in a small cove which protects it from the dangerous currents which whip along this section of the Caribbean coast.

The water gets deep pretty quickly though, so be careful if you're taking your children in for a dip. 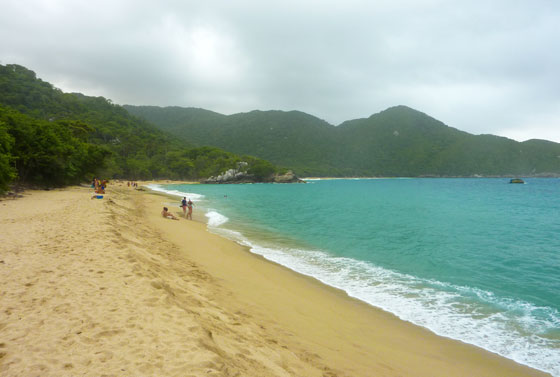 There is a large campsite here and also a restaurant and shop. Atop one of the small hills that forms the edge of the cove is a covered terrace with hammocks. An ideal spot to take in the views whilst resting your weary feet.

Camping is the most popular form of accommodation in the park and there are numerous campsites dotted throughout the park. The most popular ones are at Arecifes and La Piscina. 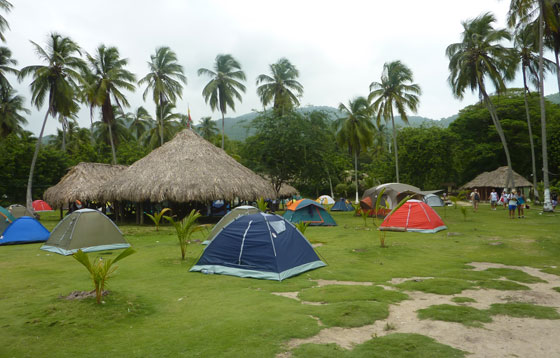 Camping is popular among tourists in the park

Return from Parque Tayrona to Homepage