Is Colombia Dangerous?
An honest assessment of the dangers

Is Colombia dangerous? Well, yes and no. To some degree and in certain parts Colombia should be considered dangerous. What is needed though is a sense of balance and perspective.

Over the years the western media and Hollywood (and even Colombia's own film industry) have cemented Colombia's reputation as a haven for drug barons, terrorist bombs and kidnappings. These are still serious problems in Colombia and chances are they will continue to plague the country for many years to come. 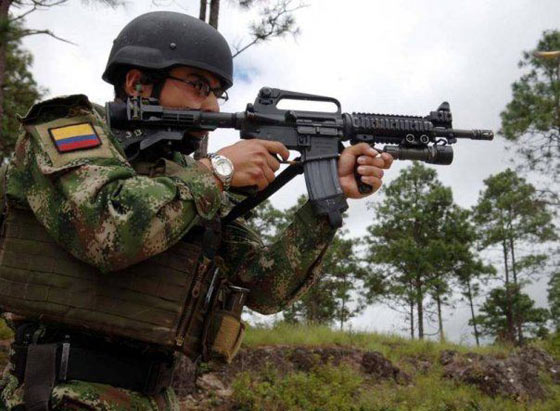 There was a time in the late 80s and through the 90s when Colombia justified its dangerous reputation. Even at the turn of the millennium areas around some of the country's biggest cities were considered too dangerous to travel through.

Many regard the current Colombian President, who has held office since 2002, as a saviour of the country for the strides in national security that have been made. However, his many detractors point to his alleged connections with right-wing paramilitary groups. Like him or loathe him the fact is that during his tenure the country has become more secure (at least in the areas that tourists are likely to visit).

It is still very wise to check with the local authorities any time you are heading to anyway even slightly remote just to be on the safe side, but currently the situation is such that you'd be very unlikely to come acrop of the FARC or any other guerilla group.

There is a problem with delinquency, particularly in the big cities of Bogota, Medellin and Cali. but of course the same is true in many European or North American cities. The kind of loutish, often drunken violence that occurs in some of the more developed countries in the world is very rare here.

Muggings are commonplace in Colombia's cities, but often don't involve a beating. Handing over your valuables will usually leave you unharmed. Resisting a mugging is probably the most stupid thing you can do.

Take the usual sensible precautions of not flaunting your valuables, not walking in dodgy areas, especially alone and at night.

So, to answer the original question "Is Colombia dangerous?"...

Although Colombia does have its dangers they should in NO WAY be enough to deter you from visiting this great land. Act sensibly and enjoy the warmth and kindness of the vast majority of the Colombia people.

Return from Is Colombia Dangerous to Homepage