Many Colombian football stadiums saw a dramatic improvement prior to the Under-20 World Cup held in Colombian in 2011.

Although the majority of stadiums still retain an unsightly running track around the pitch, the facilities and sight lines in most of the larger stadiums are reasonable.

Prices are cheap compared to those in Europe. The terraces located behind the goals are the cheapest, but one or both are usually populated by the die-hard supporter groups known as Barras Bravas. The stands at the sides of the pitch are slightly more expensive (usually one more than the other).

Very few seats in Colombian football stadiums are numbered which means arriving early for big games if you want to get a good spot. Queues can often be long and slow moving outside the grounds on clasico (derby) day. 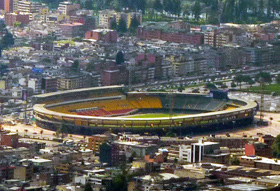 El Campin stadium is one the stadiums most favoured by the Colombian national team for their home matches. It is home to Bogota's two large clubs; Millonarios and Independiente Santa Fe. 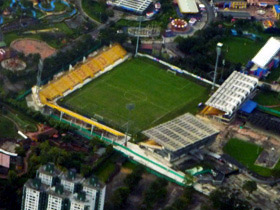 Metropolitano de Techo stadium is a small, relatively new stadium located in the south of the city near Transmilenio station Mundo Aventura.

Since 2007 it has been home to Bogota team La Equidad Seguros. 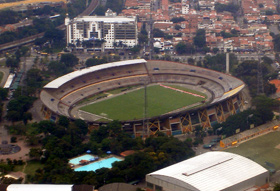 Medellin's Atanasio Giradot stadium is one of the largest in the country. It is the centrepiece to a large sport complex in the west of the city.

Unlike most large Colombian football stadiums the Atanasio Giradot is mostly uncovered (only the Occidental terrace has a roof). The lack of shade can be a bit of a problem on a hot sunny day, particularly in the Oriental stand towards which the shine shines directly in the afternoon. 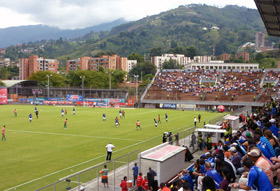 Polideportivo Sur stadium is located in the town of Envigado, just south of Medellin and is about a fifteen minute walk from the Envigado Metro station.

The stadium is used by Envigado Football Club. 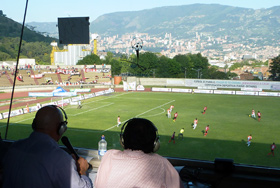 Ditaires stadium is a small ground in the town of Itagui to the south of Medellin. To get there take the Mero to Itagui station and catch a bus or taxi (about 15 minutes). 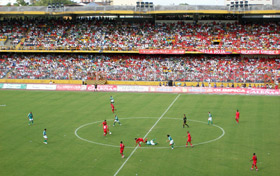 Pascual Guerrero stadium, named after a poet from the region who was influential in its construction, is one of the oldest Colombian football stadiums.

It is the home of America de Cali whose Barra Brava, Baron Rojo Sur, is located in the south stand. The ground was previously shared with Deportivo Cali until they moved to their new home, Estadio Deportivo Cali, in nearby Palmira in 2010. 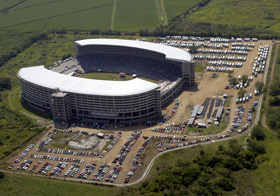 Deportivo Cali stadium has the largest capacity of any stadium in Colombia, since the capacity of the Estadio Metropolitano in Barranquilla has been reduced from 60,000 down to 49,612.

It is the first Colombian stadium to be built and owned by a club. It is located just outside the town of Palmira about 15km from Cali. 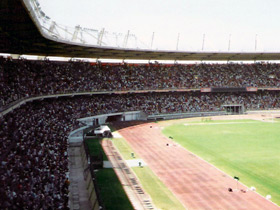 The Metropolitano stadium in the sticky port city of Barranquilla is another favourite venue for the Colombian national football team.

The venue remains one of the biggest Colombian football stadiums. In 2011 the capacity of the Metropolitano stadium was reduced from 60,000 to 49,612 in order to comply with FIFA regulations for the staging of the 2011 Under-20 World Cup.

The Metropolitano stadium is home to Atletico Junior. Junior's fanatics go by the name of Frente Rojiblanco Sur and occupy the south terrace. 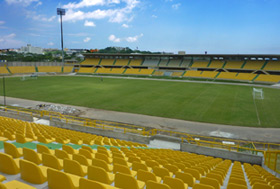 Estadio Jaime Moron underwent a makeover in 2011 for the FIFA Copa Mundial Sub-20. It is a little small compared to other Colombian football stadiums, not surprisingly in a city traditionally more fanatical about baseball and boxing. 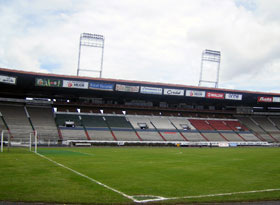 The Palogrande stadium in Manizales is one of the more modern Colombian football stadiums. It is located in an affluent part of Manizales near the Zona Rosa (nightlife district).

The Palogrande stadium is home to local club Once Caldas who famously won the Copa Libertadores here in 2004 after beating Argentine side Boca Juniors on penalties in the final.

The Once Caldas Barra Brava is known as Holocausto Norte and occupy the north terrace with the visiting supporters situated in a corner of the south terrace. 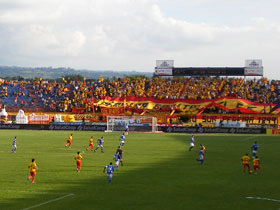 The Hernan Ramirez Villegas stadium underwent a mojor renovation in 2011 to be used for the FIFA Under-20 World Cup. The capacity of the stadium is now around 40,000 with the whole of the stadium covered. It is now one of the most modern and comfortable Colombian football stadiums.

The Hernan Ramirez Villegas stadium is used by Deportivo Pereira. The Pereira supporters group Lobo Sur occupy the south stand with the visitors in the north. 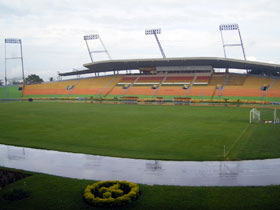 The Estadio Centenario of Armenia was remodelled in 2011 for the FIFA Under-20 World Cup. Thankfully the awful colour scheme of pink, orange and green was replaced with a more palatable green, white and yellow in addition to the installation of roofs over the terraces behind each goal.

The Centenario stadium is used by Armenia side Deportes Quindio whose Barra Brava Artilleria Verde Sur take the south stand. 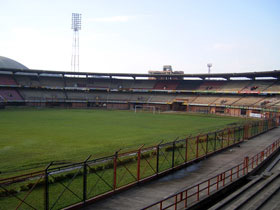 The General Santander stadium of Cucuta has a slightly weary look. Nevertheless it is one of the larger Colombian football stadiums with a capacity of around 42,000 and when full can generate a quite intimidating atmosphere for visiting teams.

The General Santander stadium is home to Cucuta Deportivo and played host to the teams remarkable run in the Copa Libertadores of 2007 in which they reached the semi-final beating Boca Juniors 3-1 in the first leg in Cucuta only to lose 3-0 in the controversial return leg in Buenos Aires. 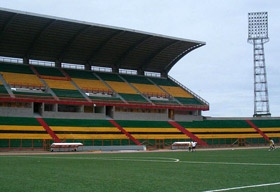 The Alfonso Lopez stadium has the distinction of being the only Colombian football stadium to have a synthetic playing surface which was installed in 2006. The terraces are coloured with green and yellow stripes after the colour of the Bucaramanga flag.

The stadium is home to Atletico Bucaramanga and Real Santander. 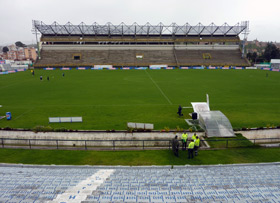 Estadio de La Independencia has had a short histroy and has rapidly evolved from a small Division B stadium with a capacity of around 8,000 to a comfortable venue of 21,000 on the back of home team Boyaca Chico's success in the Copa Libertadores in 2008 and 2009. 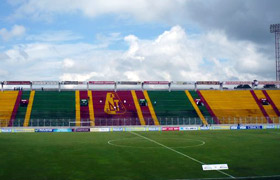 Estadio Manuel Murillo Toro is a medium-sized stadium in which Deportes Tolima play their home matches. The fanatical group Revolucion Vinotinto Sur occupy the south terrace behind the goal.

In 1981 a large part of the Manuel Murillo Toro stadium collapsed during a game due to overcrowded terraces resulting in the tragic deaths of 17 people. 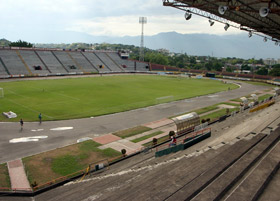 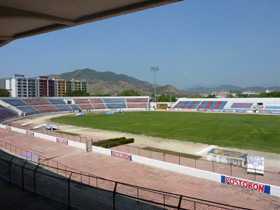 Estadio Eduardo Santos is home to Union Magdalena, an historically important club from the coast of Colombia.

Outside the stadium is a bronze statue of Santa Marta's most famous footballing son, Carlos "El Pibe" Valderrama, complete with characteristic blond mop of hair!