Bahia Solano is arguably the best destinations on the pacific coast of Colombia.

There are probably better beach locations on the Caribbean coast, but it is the peaceful isolation of this Pacific coast destination that is its main draw.

Sheltered in a bay away from the choppy open water of the pacific, small waves lap at sandy beaches, beyond which lie hundreds of kilometers of untouched rainforest.

If you're looking for a place to 'get away from it all' for a while, this is the place to go.

The town of Bahia Solano is a small, peaceful place with fishing (typically of the deep-sea variety) being the principal industry.

The town itself has no beach as such, just a flat area of sand and mud at low tide, tucked inside the bay. But the town can be a good place to stay in order to organise excursions to the surrounding area.

The best ecolodge in the area is El Almejal Ecolodge a short trip east of the town on unpaved roads near the village of El Valle. The rooms are comfortable and just a stone's throw from a quiet and picturesque beach.

El Almejal - a marvelous Ecolodge with a glorious sandy beach

One of the friendliest places to stay in town is Posada del Mar Bahia Solano - the couple there went out of their way to help me with everything they could - and the fish they serve is amazing!

However, another great option is to catch a boat to one of the other bays nearby and stay there.

Playa Huina (Huina Beach), about a 15 minute boat ride north west of the town, is one of the more popular beaches in the region.

Understand that the word 'popular' here is very relative. We're not talking hoards of package tourists sitting in beach tents being hassled by rolex watch sellers!

Rather, we're talking a few little, wooden hotels at the back of a pretty beach and just a handful of tourists.

Foreigners do pass through here sometimes, but their numbers are still very small.

The tranquil Huina Beach - barely a tourist to be seen!

Finding somewhere to stay is simple as the small number of hotels are all situated on the short stretch of beach.

The best place to stay on Huina Beach is Choibana. The hotel is situated right on the beach and affords amazing views across the Pacific Ocean - very romantic! 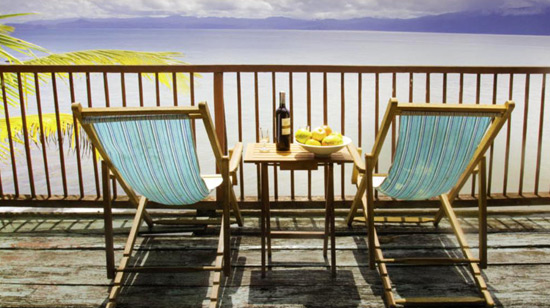 Another good option is Posada Tursitica Linda Judith set a short walk back from the beach. This hotel is really a large cabin surrounded by the forest.

Also try El Refugio de Mr Jerry, owned by a charming, if a tad eccentric, Dutch fellow who has lived in this area for decades.

Other beaches such as Playa Mecana, Playita de los Potes and El Valle are also worth visiting.

If you want to visit, but not stay, on any of these beaches, you can easily organise a boat trip from other places. Usually the hotel will sort it all out for you.

The humpback whales (ballenas jorobadas or yubartas) emigrate from Antarctic waters north to the warm coastal waters off the Pacific coast of Colombia to give birth to their offspring.

They generally arrive during the month of July and in October begin their southward journey beyond the tip of the South American continent to cooler waters.

The towns of Bahia Solano and Nuqui (further south) provide great jumping off points for boat trips out into the Pacific in search of these magnificent creatures.

They are generally more visible during the morning hours and so most tours head out at this time. Even at the high point in the season (usually around August) there is no absolute guarantee of seeing a whale.

I once went slap bang in the middle of August and saw no sign of them for the two days I was there! I wish you better luck than I had!

For imformation about the department of Choco Colombia as a whole read my guide.

Return from Bahia Solano to Homepage